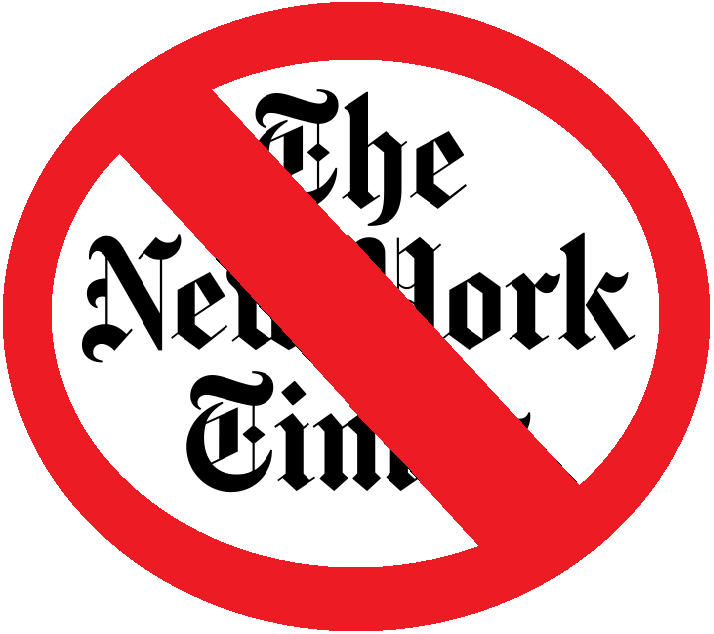 On February 3rd, 2019 an article was posted by The New York Times and began to trend. Here’s is the portion that needs to be dissected 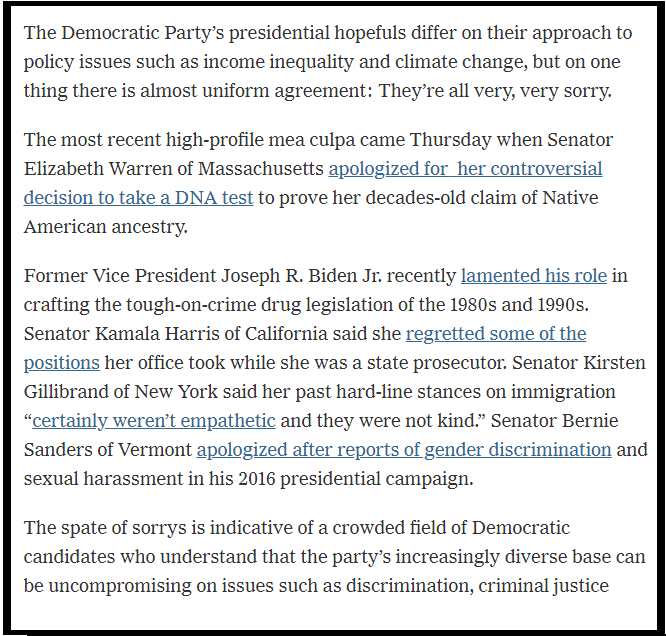 Now at first glance, and to the uninformed reader, this section doesn’t seem particularly innocuous. However, when examined more closely, the apparent attempt at manipulation is blatant. Here’s a break-down of essentially what each candidate is “sorry” for:

Elizabeth Warren – “apologized for her controversial decision to take a DNA test to prove her decades-old claim of Native American ancestry.”

Joseph Biden Jr. – “Lamented his role in crafting the tough-on-crime drug legislation of the 1980s and 1990s.”

Kristen Gillibrand – “said her past hardline stances on immigration “certainly weren’t empathetic and they were not kind.”

Each of the above instances seem worthy of apology, yes, agreed to a point. Elizabeth Warren did do the DNA test debacle. Joe Biden did help craft the tough-on-crime legislation. Kamala Harris does regret some of the positions her office took? Kristen Gillibrand does state her past stances weren’t kind? YET, Bernie Sanders DID NOT gender discriminate or commit sexual harassment. Members of his campaign are being accused of this. I am not downplaying the seriousness of the offenses and hope that they are remedied to the fullest satisfaction of the victims, but to include this amongst a list of other primary candidates and the past deeds that they DID COMMIT, is outrageous. Not to mention that they ended the section with Bernie Sanders so that is what sticks out in the reader’s mind the most. The only misleading one. Also note, that Gillibrand and Harris are not specific faults just broad strokes. The bias here is disgusting and is from a more liberal source. Be careful while researching your candidates. Dig a little below the surface if going to basic media outlets. Their agenda is to protect their wealth and their wealthy advertisers. Follow the progressive candidates that don’t take corporate PAC money and try to find dirt. There isn’t much and their alignment with progressive ideas may inspire you. Below are links to what each candidate is apologizing for in more depth, including the situation with Bernie, which is not squeaky clean, but far from the allusions presented by the New York Times.